Sunshine.co.uk is a specialist online travel agency that offers inexpensive hotels, flights and package holidays to Europe and North America.

When we initially started working with Sunshine.co.uk they had a logo but no brand style, no specified values or unique selling points.

Their website looked cold and clinical and they lacked impact in all of their marketing communications. The didn’t stand out from the crowd in order to successfully compete in a crowded marketplace.

REVITALISED THEIR BRAND, UNIFYING THEIR MARKETING MATERIALS, GAINING THEM PROMINENCE IN A CROWDED ARENA, WITH A DRASTIC IMPACT ON THEIR WEBSITE SALES

We have worked with Sunshine.co.uk over a number of years building and evolving their brand so it now has its own unique personality. We also developed regional sub brands so that they follow the same values, ethos and visual style as the parent company. We have since implemented this across a range of business stationery – business cards, compliment slips and letterheads helping to build a powerful, striking ecommerce brand.

Sunshine.co.uk now have a strong confident brand and are able to stand out from their competitors in a crowded marketplace. 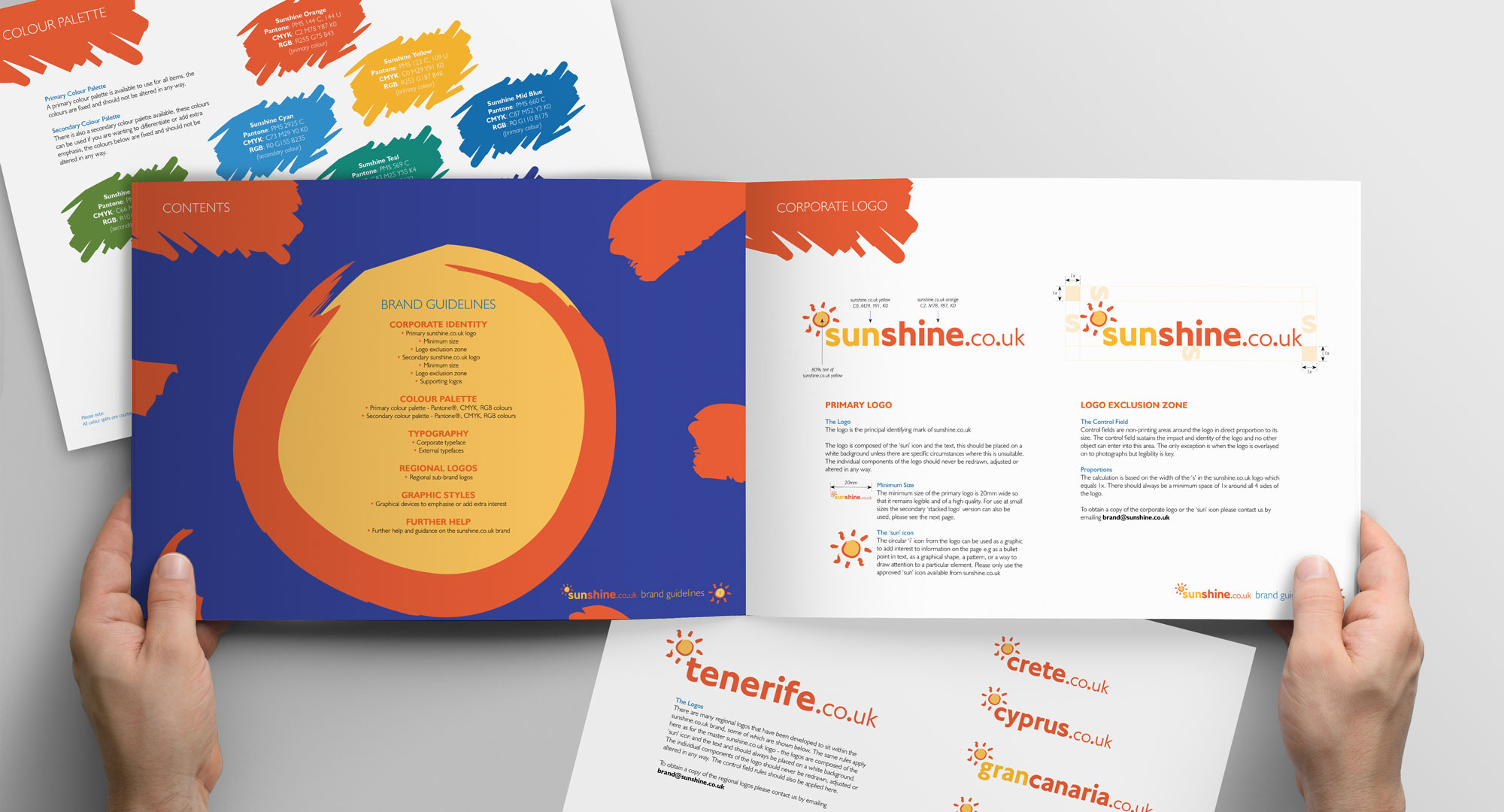 A range of adverts and posters were developed elevating Sunshine.co.uk within the travel industry but more importantly speaking directly to their target audience resulting in more sales.

We also produced a range of useful goodies / merchandise that their customers would take on holiday with them that helped to build and advertise their brand including holiday folders, luggage tags and beach bags.

This work then extended into a range of promotional merchandise and event marketing for Sunshine’s sponsorship of a team in the British Touring Car Championships (BTCC), including the creation of car livery designs to gain exposure at the circuits and on television.

The brief was relatively simple – a new car livery was needed to promote the team and its sponsors. The striking car livery designs demonstrate how the brand colours made the car stand out, it was very identifiable and, as a bonus, looked great on tv. The car also had another new element that no other British Touring car had – a sunroof. Not the usual sunroof, you understand, but as the principal sponsor logo had a sun in it, it seemed too good an opportunity to miss – this graphic was applied to the roof and was a great way to add extra impact to the car design and make it stand out from the crowd.

Along with the distinctive car livery we also designed outfits for their “grid girls” – using the small sun graphics on the back of their outfits and designed a range of promotional merchandise which included baseball caps, bags, pens, pads and lanyards for fans to access the pit lanes.

Sunshine.co.uk now have a complete range of branded fun and quirky promotional marketing materials helping them stand out from their competitors. 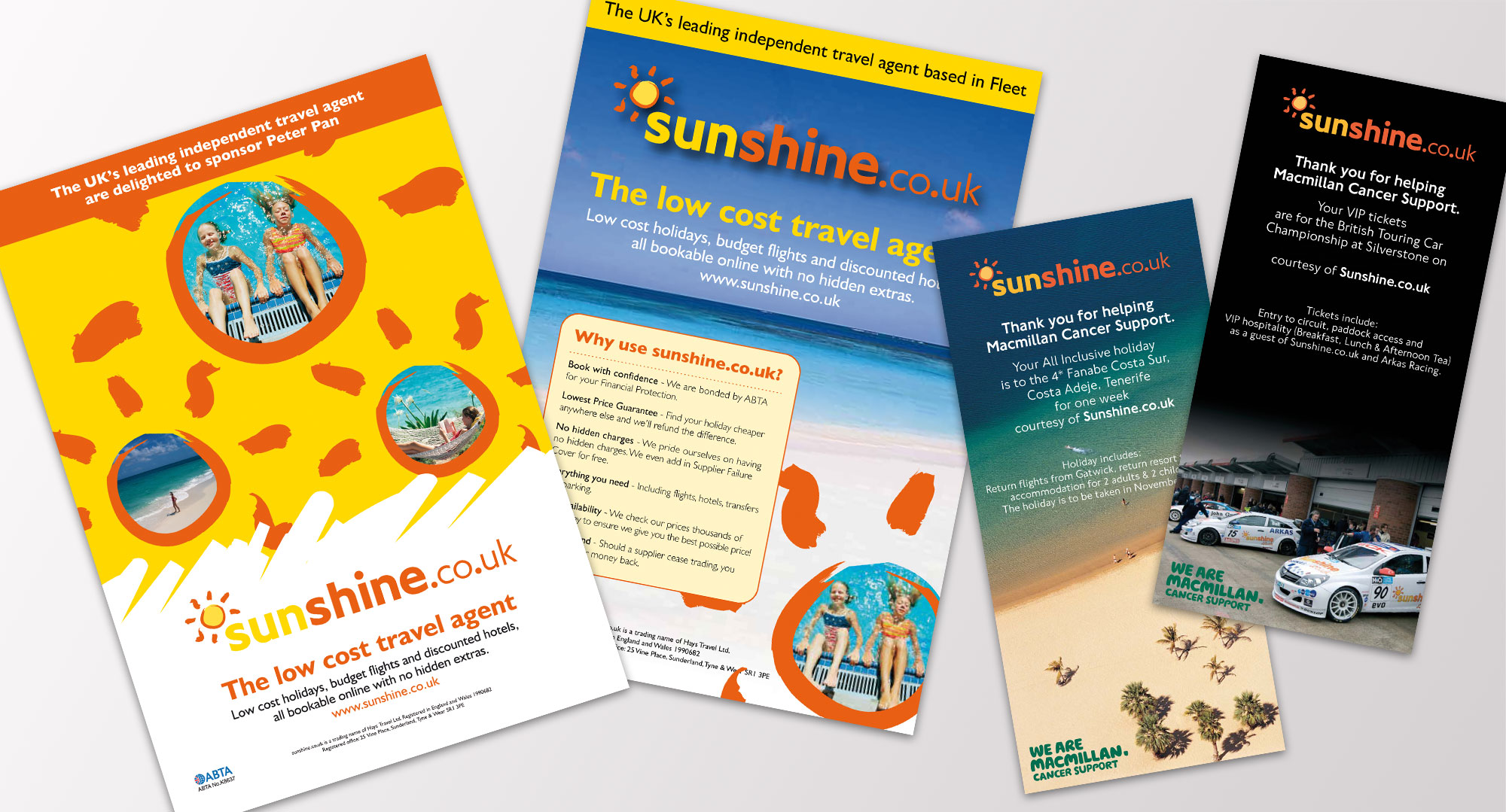 A range of printed marketing materials were developed encompassing the brand styling set up earlier, these included adverts, posters, flyers and postcards.

Sunshine’s sponsored a British Touring Car Championships (BTCC) team, work included the creation of car livery designs to gain exposure at the circuits and on television. 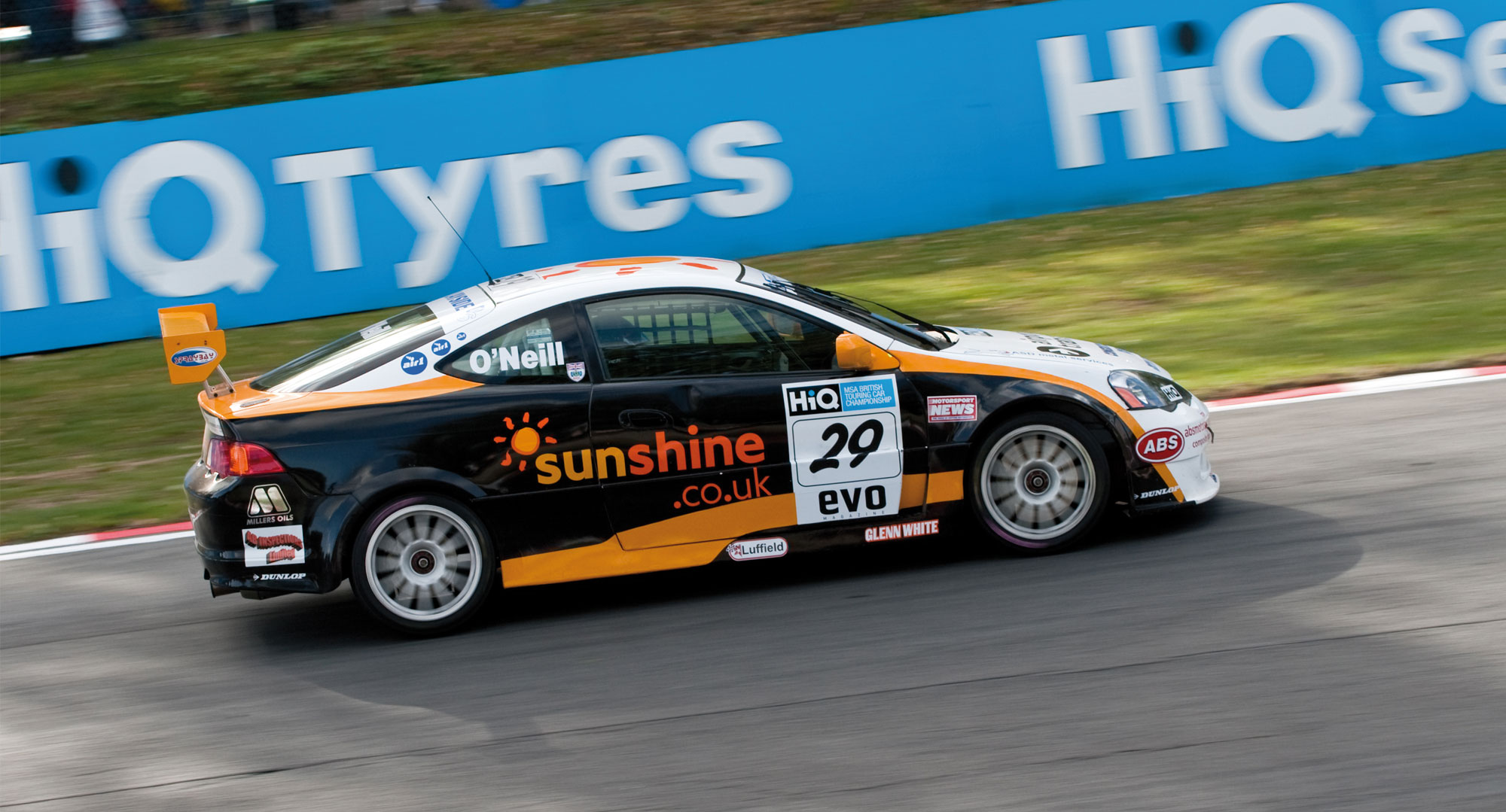 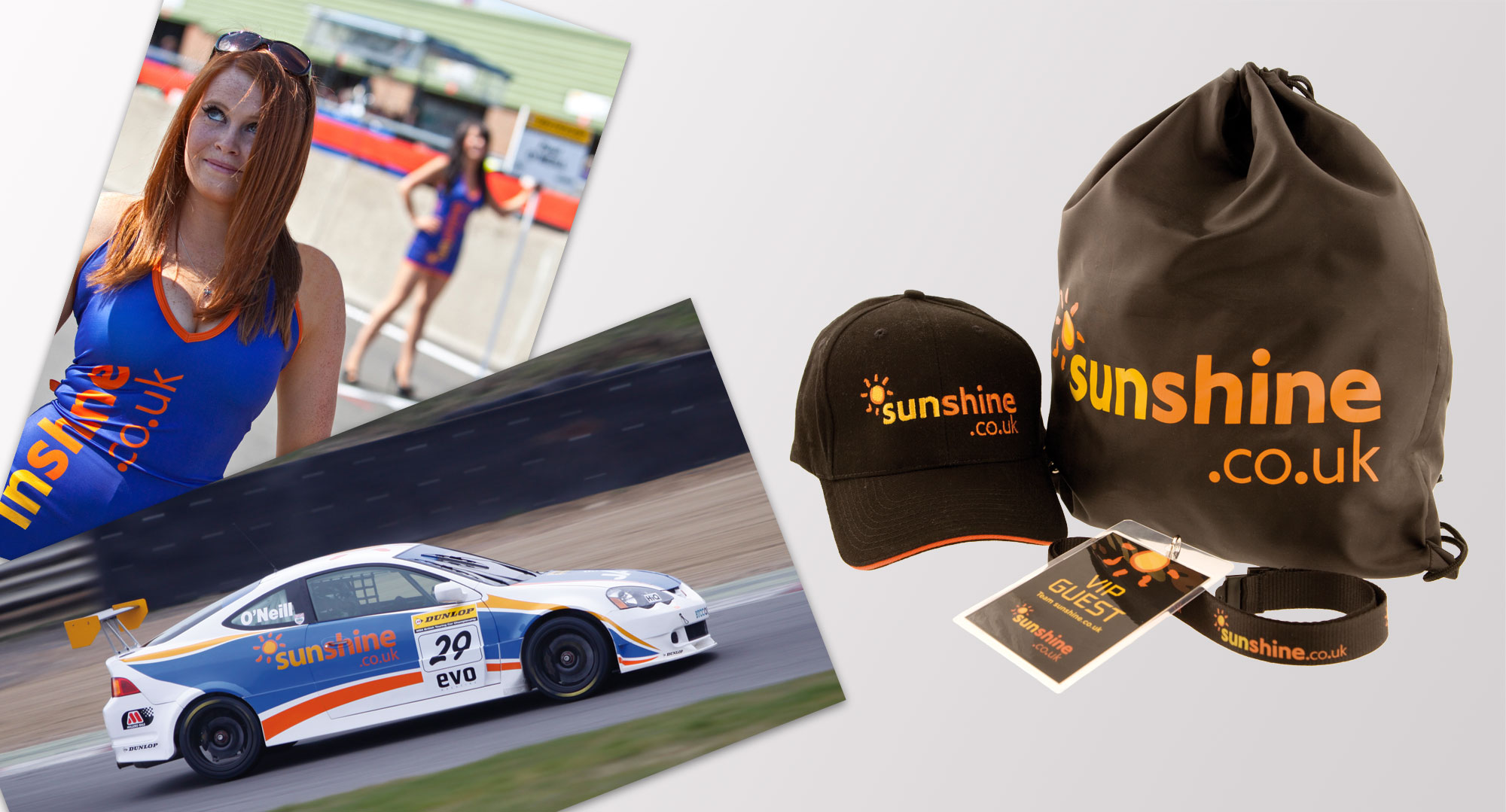 Following a user testing exercise and review of website traffic levels Sunshine.co.uk made a strategic decision to revamp their website.

Their old site was confusing, difficult to navigate, lacked ‘Wow’ factor and felt devoid of personality. The clinical appearance felt cold and impersonal, there was no engagement to encourage users to delve further.

We applied their new brand colours which emphasised the page content and made the site far more enticing.

We added in unique selling points (USPs) in prominent positions throughout the site, these included being ABTA bonded and featured Sunshine’s ‘lowest price guarantee’ – compelling reasons to book holidays with them. Larger, carefully selected images were used to create a much warmer and appealing impression of the holidays and services provided.

A new feature was also introduced that showed latest holiday offers and price comparisons against major competitors to enable users to make an informed choice. Overall the redesign made the site much easier to use to encourage a higher conversion rate for bookings.

Proof the redesign had worked came when Sunshine saw a dramatic increase in their web traffic and sales following the launch. They are now viewed as a serious player in the industry and were delighted to win an award from TravelMole for the ‘Best Travel Agency website in the UK’. 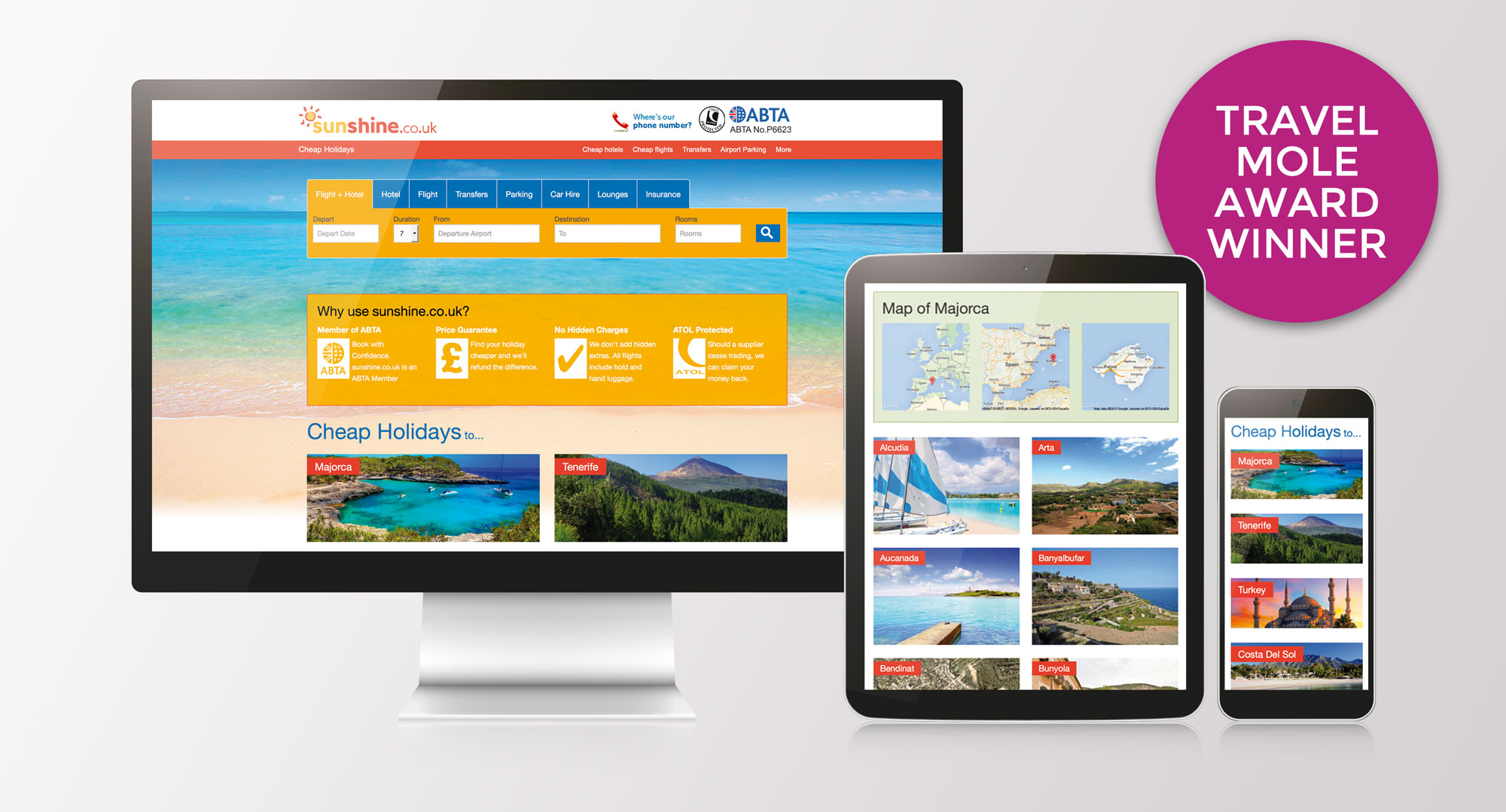 The new Sunshine.co.uk website utilised their brand elements and highlighted their USPs on prominant key selling pages. These helped to reassure visitors and to overcome any booking objections. 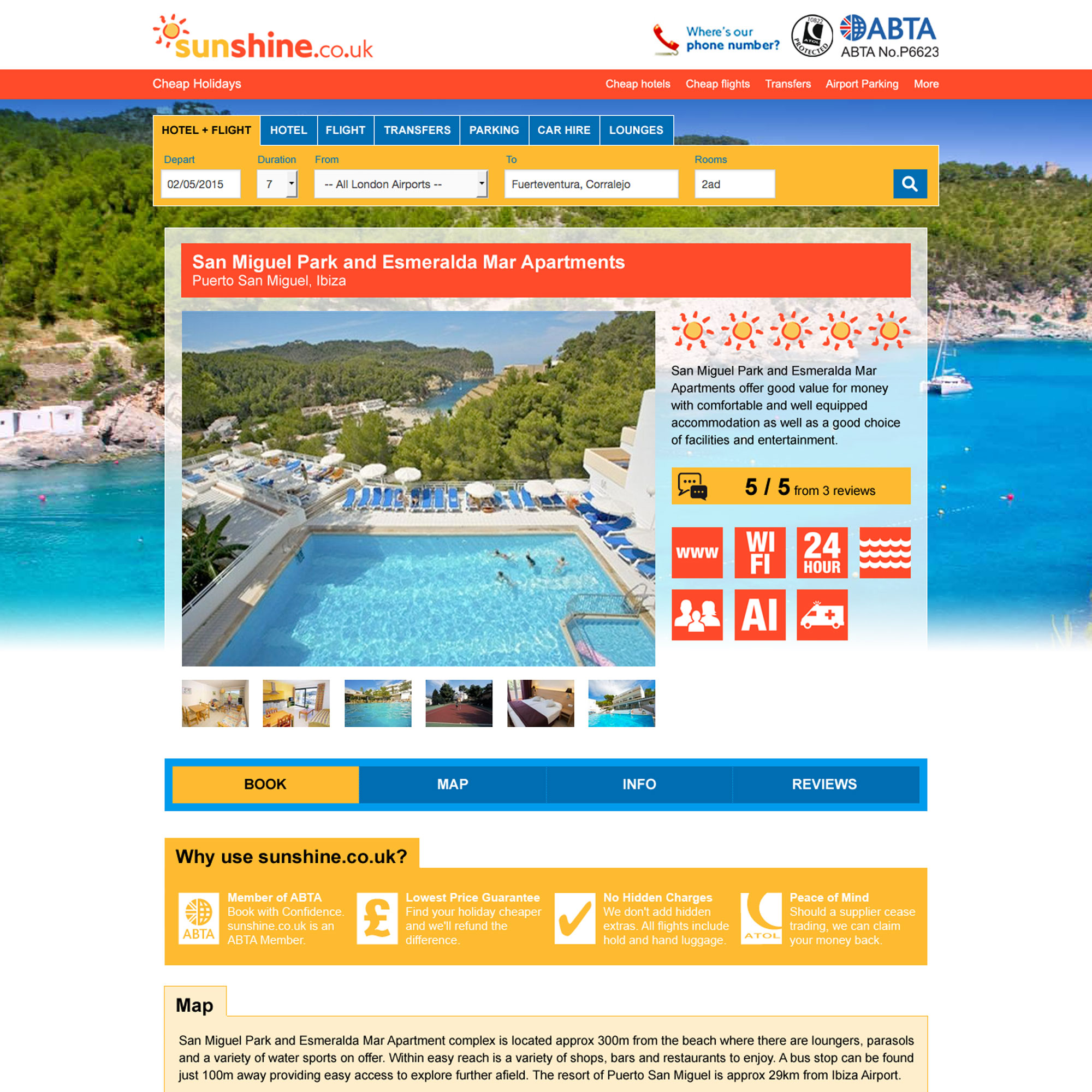 Dominant, enticing images were used along with a series of icons so users could see at a glance the facilities on offer at each destination. 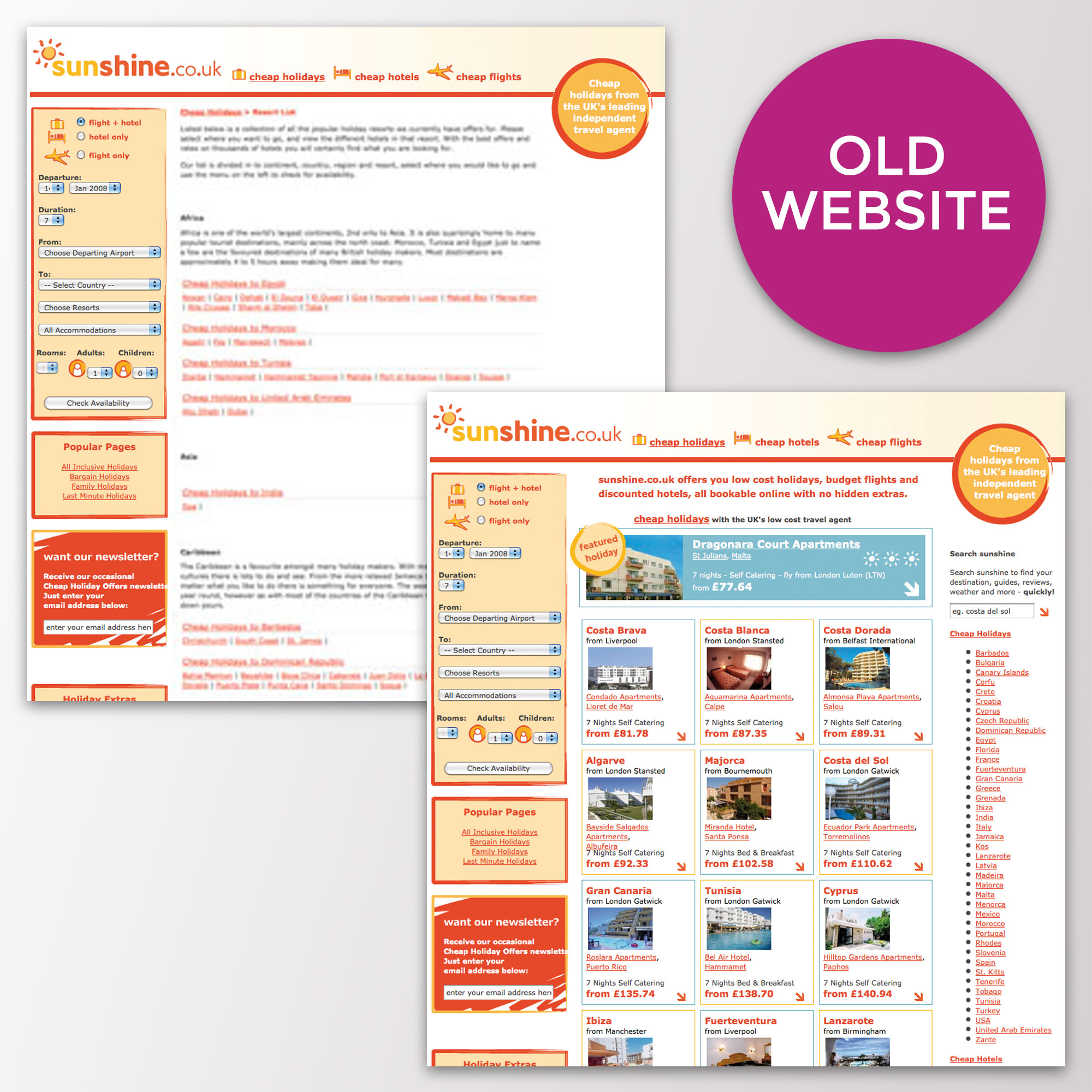 As part of ongoing improvements related to conversion rate optimisation, we realised that a full redesign would allow us the opportunity to give the visitor a much fresher, simpler, clearer users experience. Caboodle Design was invaluable in this process, we’ve seen a drastic difference in our sales and are thrilled with the results. 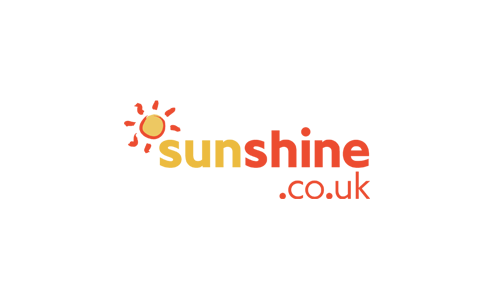 Some of our other work

Flying the Flag for Engineering

Travelbag offer a range of tailormade adventures throughout the world; from round the world trips to city breaks, beach holidays to escorted tours…

Sunshine.co.uk is a specialist online travel agency that offers inexpensive hotels, flights and package holidays to Europe and North America…